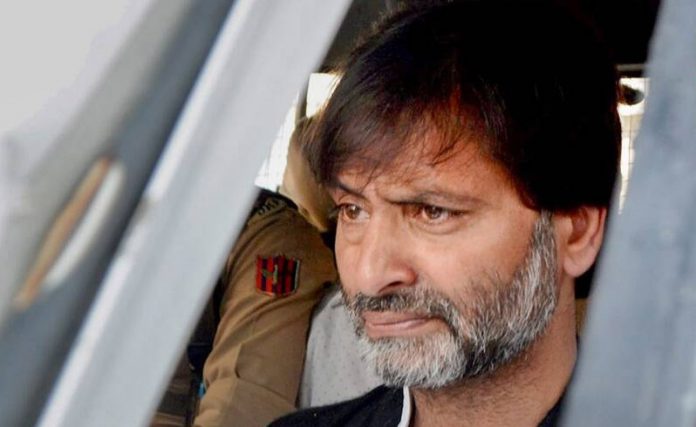 On Wednesday, a Special CBI court will hear the case of incarcerated Jammu & Kashmir’s separatist leader Mohammad Yasin Malik in connection with the murder of four Indian Air Force officers. On 25 January 1990, Squadron Leader Ravi Khanna and three other IAF personnel were allegedly killed by Malik and his other accomplices at Srinagar’s Rawalpora.

Notably, Yasin Malik is the prime accused in the killing of four IAF personnel. He was charge-sheeted by the Central Bureau of Investigation (CBI) before the TADA court in Jammu on August 31, 1990, in connection with the case. Malik has been arrested in a terror funding case by the National Investigative Agency (NIA) and is currently lodged in Tihar Jail.