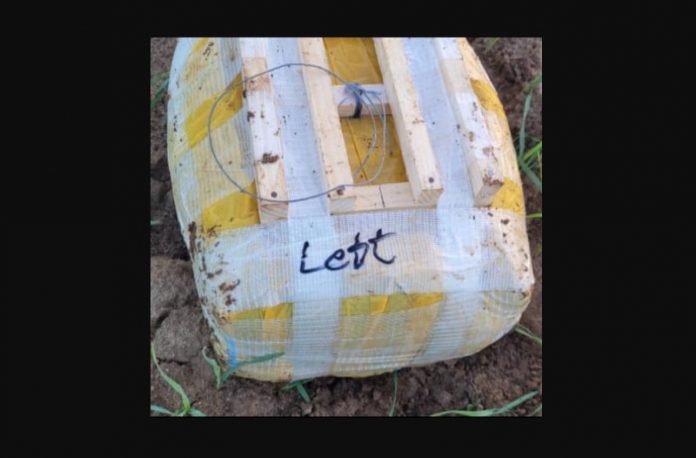 Police on Thursday found a suspicious packet in Jammu and Kashmir’s Samba district, prompting them to call a bomb disposal squad, an officer said.

The packet is suspected to be dropped by a drone from across the border and the possibility of it containing an an improvised explosive device (IED), a consignment of weapons or narcotics cannot be ruled out, the officer said.

A villager informed the police about the packet lying at a field in Vijaypur area early in the morning.

The officer said police rushed to the spot and cordoned off the area before calling the bomb disposal squad. More details are awaited.