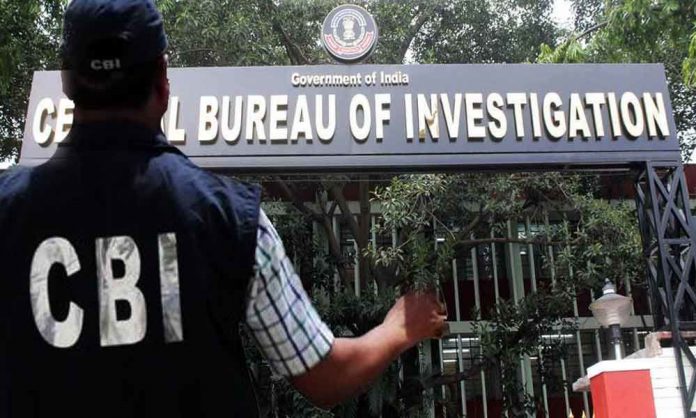 CBI FILES CHARGESHEET AGAINST 24 ACCUSED INCLUDING THEN COMMANDANT OF BSF, THEN OFFICIALS OF J&K POLICE/CRPF, TEACHER & OTHERS IN A CASE RELATED TO J&K PSI RECRUITMENT SCAM

The Central Bureau of Investigation has today filed chargesheet against 24 accused including then Commandant of BSF; then ASI, Constables of J&K Police; then officials of CRPF; Teacher & other persons in a case releated to J&K PSI recruitment scam.

A case was registered on 03.08.2022 on the request of J&K Government to investigate the allegations of irregularities in written examination conducted by J&K Services Selection Board (JKSSB) on 27.03.2022 for recruitment of 1200 Sub-Inspectors of J&K Police. The result of this examination was declared on 04.06.2022.

The investigation was spread across several states involving analysis of voluminous technical data and examination of large number of witnesses.

After registration of the case, searches were conducted around 77 places including in J&K, Haryana, Delhi, Bengaluru at the premises of accused & others including certain officials of JKSSB.
20 persons were arrested and cash of Rs. 61.79 lakh(approx) was recovered.

Further investigation is continuing to unearth larger conspiracy on other allegations levelled in the FIR.

CBI FILES CHARGESHEET AGAINST 24 ACCUSED INCLUDING THEN COMMANDANT OF BSF,THEN OFFICIALS OF J&K POLICE/CRPF,TEACHER & OTHERS IN A CASE RELATED TO J&K PSI RECRUITMENT SCAM ”

Names of the accused in chargesheet :——–

Planners of 26/11 Mumbai attacks must be brought to justice: Jaishankar