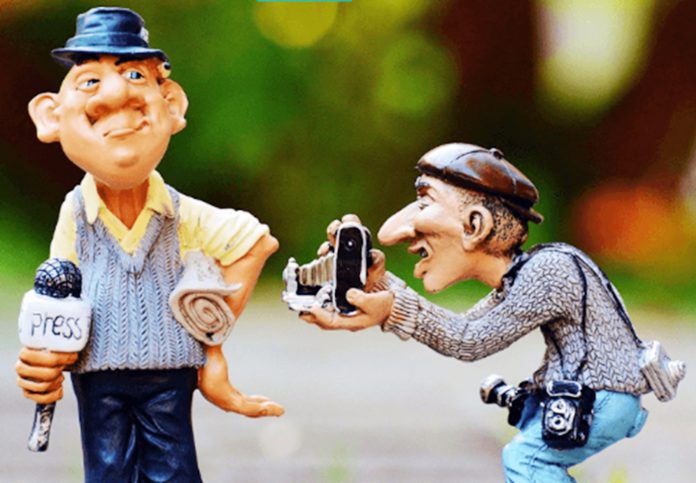 VINOD CHANDRASHEKHAR DIXIT
November 19th is observed as International Journalists’ Remembrance Day in honour of the memories of those journalists who laid down their lives while performing their duties. The freedom of speech, thoughts and virtues as well as the role of media in shaping our society is celebrated on this day. In the age of social media, the job of a journalist has become a lot tougher. In India, James Augustus Hickey regarded as the father of journalism. Looking at the history of news coverage of the war and internal crisis situation, it is quite evident that the news from the area of operation has always interested the mankind. Media these days has now assumed a status which it had seldom enjoyed earlier. Many governments around the world target journalists for harassment, intimi- dation, and violence as they cover political stories.Attacks, intimidation, and even murder. Journalists across the world face serious risks and threats every day, just for doing their jobs – reporting the news and bringing information to the public. Other major determinants of stress found in the study are “unclear objective”, “insecure job climate”, “excessive time pressure”, “friction”, “long working hours” and “life threat”.
James Hickey published his newspaper from Kolkata on January 29, 1779, namely ‘Bengal Gazette’ or famously known as ‘Hickey’s Gazette’ which was the first Indian newspaper. National Journalism Day plays the role of mediator between the community and policymakers. There are two sides to journalism – good journalism and bad jour- nalism. According to K. Minogue, the journalist has the power to mould the information they receive into “propa- ganda” or they could just report the news with additions of both side of the story. The independence of media is a very necessary aspect of its fair functioning, and moreover it is
guaranteed under article 19 of the Constitution of India, which ensures freedom to speech and expression. Journalists are under a lot of pressure.
The media is known as the fourth pillar of democracy. It is said that journalists are a mirror of society, which brings out the truth even in adverse circumstances. This day sym- bolizes freedom of the press and its responsibilities towards society. The Press Council of India plays an important role in maintaining a healthy democracy in the country. It also ensures that the press in India is not affected by any external matter. Today, in India the face of media has changed a lot and in-fact many times it has proved its efficiency. The media is actively involved in the national level affairs relat- ing to the social justice, law and order, constitution and many other things. Media of nation can only be said to be of high standard when it is aware of its societal responsibilities and it is actively involved in it. Numerous examples exist where the media has played a central role in revealing cor- rupt practices and shaping the demand for accountability and good governance.
Journalism ethics comprises principles of ethics and good practices which are applicable to the various chal- lenges faced by the journalists. This is known as profession- al “code of ethics” or the “canons of journalism”. Freedom of speech is still a distant dream in India. Reporters working in regional media, politics, crime, and corruption are attacked the most.
Journalists have some privileges which general public do not, and they can also interview the senior officials, politi- cians, celebrities and other persons in focus. The journalist should follow the principles of genuineness, integrity, neu- trality, legitimacy and public answerability. Journalists involve in issues related to government and their task is not easy. They need to do a lot of researching and detailed learn- ing on any topic before they can bring up a story to their audience. They have to put in a lot of hard work and com- mitment to bring the truth out. The code of ethics for jour- nalism includes the principle of “harm reduction”, which prohibits harm done to human dignity, including the names of minors, victims of crime, and other citizens. Freedom of expression as mentioned in the Constitution implies all forms of opinions, thoughts, ideas and conviction and thus covers most of what is needed for the freedom of press.
Today, people increasingly consume news digitally through e-readers, smartphones, and other electronic devices. This has led to the decline of traditional media and the reduction of staff in newsrooms. To maintain freedom of the press, which is essential for democracy, journalists must be able to safely complete their jobs.
[email protected]