With Delhi bracing for summer, weather happens to be a key factor for the demonstrators’ decision to move from tents.

New Delhi: Eyeing long haul, farmers protesting against three contentious agricultural laws since late November have now started constructing brick houses near Delhi’s border. After braving winter chills, facing internet curbs and other restrictions to confine movement – such as barbed wires – over the last three months, demonstrators are prepared to intensify their agitation and continue their sit-in amid a deadlock with the government.

At Tikri border near Haryana, protesters can be seen constructing these houses on their own. They are spending on the construction material but saving on the cost of labour; the estimated cost for building each house is around ₹ 20,000-25,000.

With Delhi bracing for summer, weather happens to be a key factor for the protesters’ decision to move from tents.

For many, their tractors had turned into temporary shelters. But harvest season is around, and many protesters say, they had to send the tractors back to the villages.

Even after more than 10 rounds of talks, government and farmers have not yet reached a conclusion on three farm laws, which the protesters say will leave at the mercy of corporates.

On March 26, an all-India strike or Bharat Bandh has been called by protesters’ bodies as they complete four months of agitation.

A joint convention will be organised with trade unions and other mass organisations for planning the Bharat Bandh, the Samyukta Kisan Morcha, an umbrella body to farmer unions, has said. 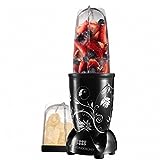 Brains and Beauty – See The Weather Girls Making a StormSizzlfy

WD40 Can Do This and a Lot More MyHealthReads.com

Man Gives Girlfriend A Necklace, 2 Years Later She Screams When She Realizes What’s Inside

51 Incredible Places To Visit In Tahiti

Just Enter Car Number To Check Eligibility For 85% Off On Car Insurance.

Term Plan That Returns Your Premium At The End Of Policy

Seeking help, this caregiver to her schizophrenia son finds support

39 Of The Most Beautiful Women In HistoryGadgetheory

51 Incredible Places To Visit In TahitiVacaay

Scarlet Johansson Is Actually An Heiress To A Massive FortuneCrafthought

Caitlyn Jenner’s Can Not Longer Mask the Truth with MakeupHorizontimes

Wuhan Wet Market Most Likely Origin Of Covid: WHO Probe Team To China

Always finding your neighbor’s cats in your garden? This animal-friendly trick will keep them away!And More

Summer Special sale is Live. Flat 25% Off on Mattress.Wakefit|

Ministry fixes target of 1676 roads and bridges to be ...

OPD services to resume in GMC, associated hospitals in Jammu

Ministry fixes target of 1676 roads and bridges to be ...