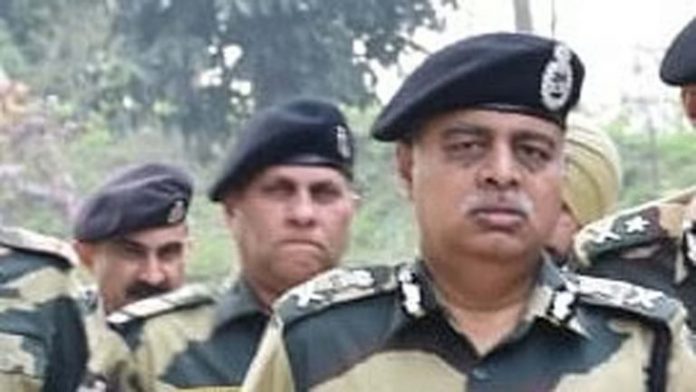 Boora gave a detailed presentation to the additional director general (ADG) on the critical aspects, including those related to security, of the IB, officials said.
He described the general security scenario of the area covering the deployment pattern of BSF battalions and their robust domination aspects on the border, they said.
Boora also informed Sastry about the challenges being faced by the BSF, including tunnelling, drone activities and cross-border smuggling by the anti-national elements, the officials said.

Sastry also called on the Lieutenant Governor Manoj Sinha at the Raj Bhavan here and briefed him about the current security scenario on the IB in the Jammu frontier, they said.
The ADG felicitated and awarded students of the BSF Senior Secondary and Primary School in Paloura who performed well in academics and sports.
Sastry also visited frontier campuses and offices. He will visit Jammu border areas.