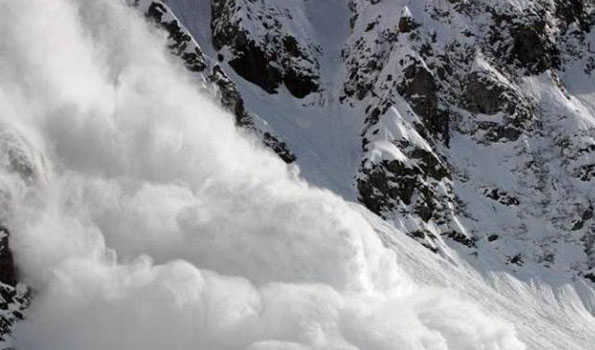 Srinagar :  Amid inclement weather and fresh snowfall in major parts of Jammu and Kashmir, including upper catchments, authorities have issued avalanche warnings in seven districts of the Union Territory on Wednesday.

The State Disaster Management Authority (SDMA) in a statement issued here said avalanche with “Medium Danger” Level is likely to occur above 2200 to 2250 metres over central Kashmir district of Ganderbal, Bandipora, Baramulla, Kupwara in north Kashmir and Doda, Kishtwar, Ramban district of Jammu division in next 24 hours.

People living in these areas are advised to take precautions and avoid venturing in the avalanche prone areas, the statement added.

Major parts, including upper reaches of Jammu and Kashmir received moderate to heavy snowfall during the past 24 hours and it was still snowing at many places.