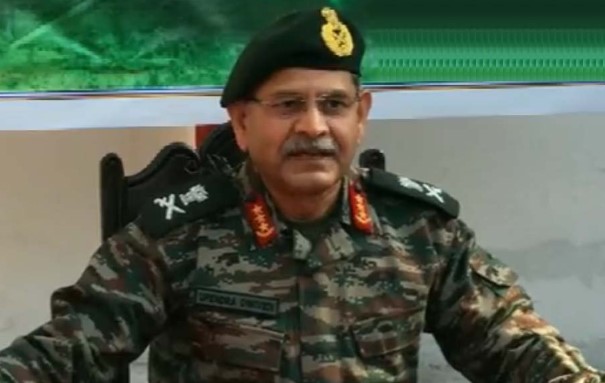 Jammu :  The Northern Command Army Commander Lt Gen Upendra Dwivedi on Tuesday said that as many as 300 terrorists including 82 foreigners are active in Jammu and Kashmir.

“The number of terrorists active in Jammu and Kashmir is around 300 including 82 foreign terrorists and 53 locals but efforts are afoot to foil all plans of targeting security forces across the Union Territory,” General Dwivedi told reporters on the occasion of Poonch Link Up Day in Poonch district of Jammu and Kashmir.

He said that the figures available, suggests that there are 300 terrorists active in parts of Jammu and Kashmir including the Rajouri-Poonch belts.

“There are 82 foreign terrorists and 53 local active but the concern that that more than 150 among them are unidentified listed who are tasked to carry out criminal activities,” he stated.

“Efforts are afoot by the Army in close coordination with sister concern agencies to prevent and foil all the designs with regard to attacking the security forces,” said the Army Commander.

Replying to a query about the number of active terrorists on the launch pads, the top officer said that there are 160 terrorists sitting on the various launch pads across the border.

Meanwhile, on the security situation post revocation of Article 370, the GoC-in-C said that the security scenario has witnessed a big change, adding, “peace and development has gained speed and civil administration is occupying the space.”

He also added that the terrorist outfits operating in Jammu and Kashmir are facing shortage of arms and ammunition and the neighbouring country is smuggling consignments of pistols, grenades, and drugs.

On the drone challenge, the Northern Army Commander said, “the army has started to counter drones with drones coming to drops weapons and drugs.”