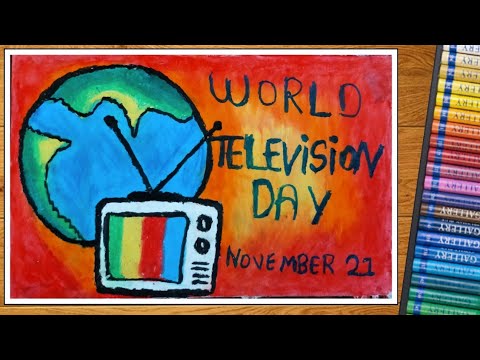 VINOD CHANDRASHEKHAR DIXIT
21st November is celebrated as World Television Day which rec- ognizes that television plays a major role in presenting different issue that affect people. It is a day to renew governments’, organizations’ and indi- viduals’ commitments to support the development of television media in pro- viding unbiased information about important issues and events that affect society. Television is a symbol of commu- nication and globalization that educates, informs, entertains and influences our decisions and opinions.
Today, we have smartphones, tablets to play the smart apps, social networking sites, internet, YouTube, which help us connect with people, inform us about Global events and entertain us simultaneously but it does not that mean a life without television makes not much difference. Television is one of the most influential forms of media for communica- tion and information dissemination. It is used to broadcast freedom of expressions and to increase cultural diversity.
Today, we all are aware that Television continues to be the single largest source of video consumption. Though screen sizes have changed, and people create, post, stream and consume content on different platforms, the number of households with television sets around the world continues to rise. Television is one of the single greatest technological advances of the 20th century, serving to educate, inform, entertain and influence our decisions and opinions. It is esti- mated that approximately 90% of homes around the world have televisions, however, with the introduction of internet broadcasting, the number is declining in favor of comput- ers. Television creates authority. When something is shown on TV it has a particular authority about it because you know that you and millions of other people are seeing it and that professionals have produced it. Television is so influen- tial that when an audience sees your day-in and day out there’s a certain acceptance that sets in; you’re on longer a
threatening personality. They become more willing to accept whatever you present. There are many channels which broadcast excellent educational programs. They can help students learn many beneficial things in an easy to understand way. Our parents, or grandparents are not habit- ual of using the internet. For them, television is the only source they are comfortable with. This is why, the life with- out television will be difficult for them. The power of tele- vision is like every power: It has its good and its bad sides.
It can help spreading a wonderful message, an idea, art, news, sports, movies and entertainment. There have been many success stories of using television for education in many countries which has outlined the concept that televi- sion is basically not just an entertainment oriented medium and it is hostile to thoughts.
If we look at the history of Television, In 1927, a 21 year old inventor by the name of Philo Taylor Farnsworth invent- ed the world’s first electronic television. He lived in a home without electricity until he was 14 years old. In high school, he began to think of a system that could capture moving pic- tures, change them into a code, and them move those images with radio waves to different devices. He was years ahead of the mechanical television system as his structure captured moving images using a beam of electrons.
Farnsworth later famously transmitted the image of a dollar sign using his television after a fellow inventor asked “When are we going to see some dollars from this thing?”
Neither of them knew the television would become the emblem for an international day promoting the spread of global information.
World Television Day is not so much a celebration of the tool, but rather the philosophy which it represents.
Television represents a symbol for communication and globalization in the contemporary world. There is no doubt that World TV Day is perhaps best as it encourages us all to reflect on Television’s history and future as more than just entertainment.
[email protected]