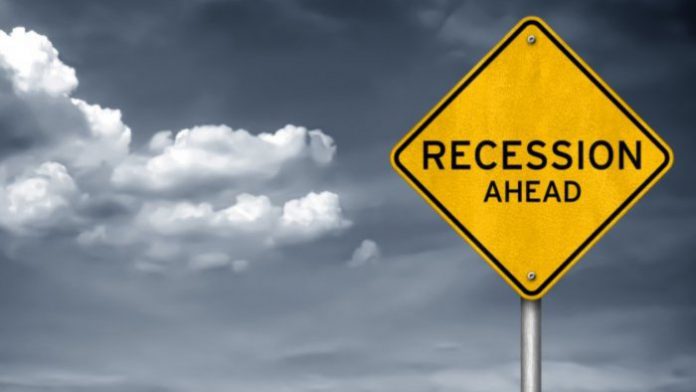 World Economy Is Headed For A Recession In 2023, Says Researcher
The findings are more pessimistic than the latest forecast from the International Monetary Fund.

The world faces a recession in 2023 higher borrowing costs aimed at tackling inflation cause a number of economies to contract, according to the Centre for Economics and Business Research.
The global economy surpassed $100 trillion for the first time in 2022 but will stall in 2023 as policy makers continue their fight against soaring prices, the British consultancy said in its annual World Economic League Table.
“It’s likely that the world economy will face recession next year as a result of the rises in interest rates in response to higher inflation,” said Kay Daniel Neufeld, director and head of Forecasting at CEBR.

The report added that, “The battle against inflation is not won yet. We expect central bankers to stick to their guns in 2023 despite the economic costs. The cost of bringing inflation down to more comfortable levels is a poorer growth outlook for a number of years to come.”

The findings are more pessimistic than the latest forecast from the International Monetary Fund. That institution warned in October that more than a third of the world economy will contract and there is a 25% chance of global GDP growing by less than 2% in 2023, which it defines as a global recession.

Even so, by 2037, world gross domestic product will have doubled as developing economies catch up with the richer ones. The shifting balance of power will see the East Asia and Pacific region account for over a third of global output by 2037, while Europe’s share shrinks to less than a fifth.

The CEBR takes its base data from the IMF’s World Economic Outlook and uses an internal model to forecast growth, inflation and exchange rates.

China is now not set to overtake the US as the world’s largest economy until 2036 at the earliest – six years later than expected. That reflects China’s zero Covid policy and rising trade tensions with the west slow, which have slowed its expansion.

CEBR had originally expected the switch in 2028, which it pushed back to 2030 in last year’s league table. It now thinks the cross-over point will not happen until 2036 and may come even later if Beijing tries to take control of Taiwan and faces retaliatory trade sanctions.

“The consequences of economic warfare between China and the West would be several times more severe than what we have seen following Russia’s attack on Ukraine. There would almost certainly be quite a sharp world recession and a resurgence of inflation,” CEBR said.

“But the damage to China would be many times greater and this could well torpedo any attempt to lead the world economy.”

It also predicted that:

The UK will remain the world’s sixth largest economy, and France seventh, over the next 15 years but Britain is no longer set to grow faster than European peers due to “an absence of growth oriented policies and the lack of a clear vision of its role outside of the European Union.”

Emerging economies with natural resources will get a “substantial boost” as fossil fuels play an important part in the switch to renewable energy
The global economy is a long way from the $80,000 per capita GDP level at which carbon emissions decouple from growth, which means further policy interventions are needed to hit the target of limiting global warming to just 1.5 degrees above pre-industrial levels.