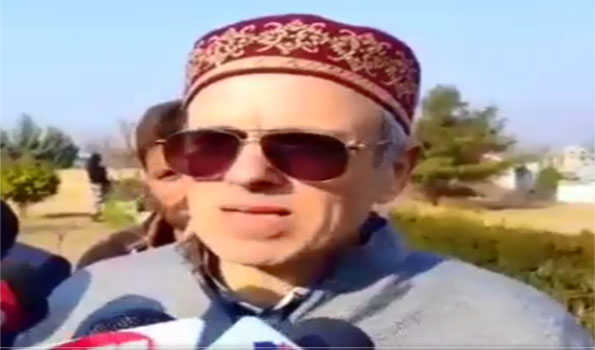 Srinagar :  National Conference Vice-president Omar Abdullah on Tuesday hit out at the union government saying it was unfortunate that India has not been able to maintain good relations with its neighbours.

Omar was reacting to the border clash between the armies of India and China near Tawang in Arunachal Pradesh on December 9 which left many soldiers on both sides injured.

“It is unfortunate that we are not able to maintain good relations with our neighbours. Everyone knows about our relations with Pakistan but now even with China it is not well,” Omar told reporters in south Kashmir.

He said the Chinese had infiltrated into Ladakh and they had yet not fully vacated and now there was the news about the scuffle in Arunachal Pradesh.

He asked the Centre to follow the advice of former Prime Minister Atal Behari Vajpayee for better relations with neighbours.

“Vajpayee sahib’s words that friends can be changed but neighbours can’t be changed. We can’t change our neighbours but can have better relations with them. However, one can’t clap with one hand… It’s also China’s responsibility to form good relations with the country and stop this faceoff on borders,” he said.

On Congress party’s Bharat Jodo Yatra, Omar said the party president Farooq Abdullah will be receiving Rahul Gandhi at Lakhanpur, the gateway of Jammu and Kashmir.