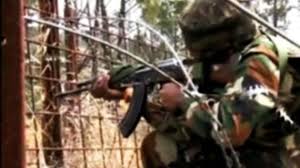 The operations to nab terrorists involved in the Dhangri attack continue by the security forces in Rajouri and Poonch Districts.

On 07 Jan 2022, around 1945 hours, the alert troops of Indian Army deployed on the border fence in Balakot (District Poonch), observed suspicious movement ahead of the border fence and subsequently neutralised two terrorists. The area has been cordoned off and the operation is in progress.