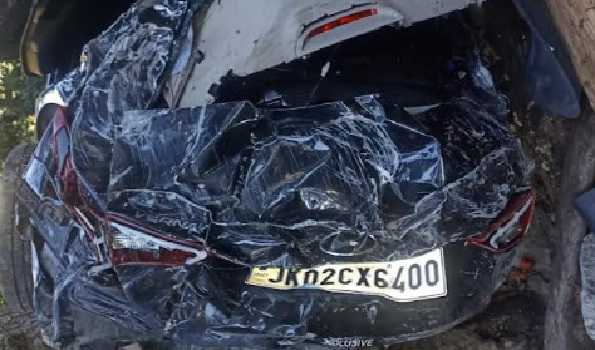 Jammu :  Three members of a family including a minor were killed when a car they were travelling in met with an accident and rolled down into a gorge in hilly Bani belt of Kathua district in Jammu and Kashmir.

Police said that a car on way from Jammu towards Bani met with an accident late on Wednesday night when reached near Maghyar and rolled down into the gorge.

However, two of the injured namely Parbhat Gupta (18) son of Pawan Gupta and Rubi Gupta (40) wife of Rajesh Gupta are under treatment at a hospital.

BJY is not political but social yatra for cause of ‘Nafarat Chodo Bharat Jodo’: Rajni Patil