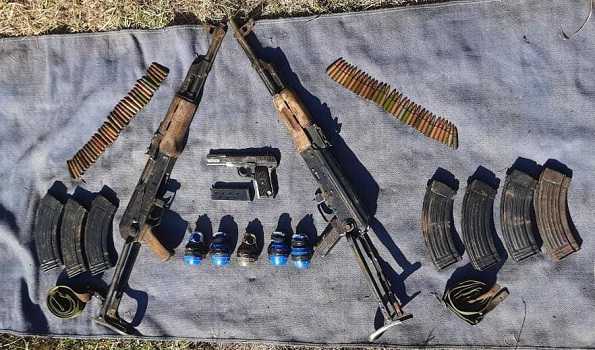 Jammu :  Security forces on Wednesday busted a terrorist hideout in Surankote area of Poonch district in Jammu and Kashmir.

Defence spokesman said that based on intelligence inputs about the presence of a cache of warlike stores, an operation was launched by Indian Army and Police in the upper reaches of Village Nabana in Surankote are of District Poonch.

During the search, a cache of war-like stores was recovered including one Ak-47, one Ak-56, seven Ak Magazines, one pistol with empty magazine, five Chinese grenades and 69 rounds of 7.62 mm.

The operation is still in progress, they added.