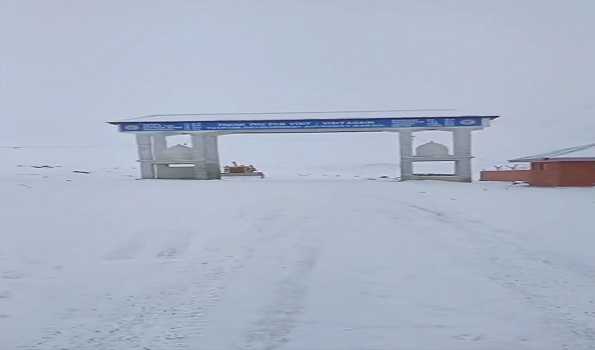 Srinagar-Sonamarg-Gumri (SSG) road connecting Ladakh Union Territory was put through for vehicular traffic after clearing off the snow, officials said on Saturday.

The Historical Mughal road remained closed for the third consecutive day due to accumulation of snow.

Srinagar-Sonamarg-Gumri road connecting Ladakh with Kashmir valley was closed for vehicular traffic on Friday following a fresh snowfall on Zojila pass and other spots.

However, Border Roads Organization (BRO) responsible for the maintenance of the highway pressed into service men and machinery cleared the road off snow. The road was put through for vehicular traffic, a traffic police official said.

Mughal road connecting Shopian district in south Kashmir with the twin district of Rajouri and Poonch in Jammu division remained closed for the third consecutive day on Saturday due to accumulation of snow at Peer Ki Gali.