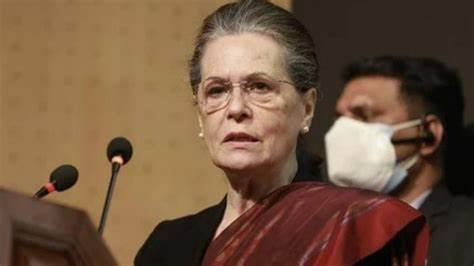 Congress leader Sonia Gandhi on Wednesday hit out at the government for not allowing a discussion on the India-China border issue in Parliament, saying silence on matters of serious concern has become its defining feature.

Addressing party MPs at the general body meeting of the Congress Parliamentary Party in the central hall of Parliament, she said when facing a significant national challenge, it has been the tradition in our country to bring Parliament into confidence.

A debate can shed light on several critical questions, she said. “Why is China emboldened to continually attack us? What preparations have been made to repel these attacks, and what more needs to be done? What is the Government’s policy to deter China from future incursions? Given that we continue to have a severe trade deficit with China, importing far more than we export, why is there no economic response to China’s military hostility? What is the government’s diplomatic outreach to the global community,” she asked.

Indian and Chinese troops clashed along the Line of Actual Control (LAC) in Tawang sector of Arunachal Pradesh on December 9 and the face-off resulted in “minor injuries to a few personnel from both sides”, according to the Indian Army Noting that a frank discussion strengthens the nation’s response, Gandhi said it is the duty of the government of the day to inform the public and explain its policies and actions.

“This refusal to allow a parliamentary debate on such a matter of grave national concern – shows disrespect for our democracy, and reflects poorly on the Government’s intentions. It demonstrates its inability to bring the nation together. On the contrary, by following divisive policies, by spreading hatred and targeting some sections of our society, the government makes it harder for the country to stand up as one against foreign threats,” she said.

“Such divisions weaken us and make us more vulnerable. At times like this it must be the government’s endeavour and responsibility to unite our people, not divide them as it has been doing these past several years,” Gandhi said at the meeting.

“Unfortunately, silence on matters of serious concern has become the defining feature of this government’s tenure.While blocking debate, the Government is also actively engaged in targeting the opposition and any questioning voices, manipulating the media and undermining the institutions which stand in their way. This is happening not only in the Centre, but also in every state where the ruling party governs,” she charged.