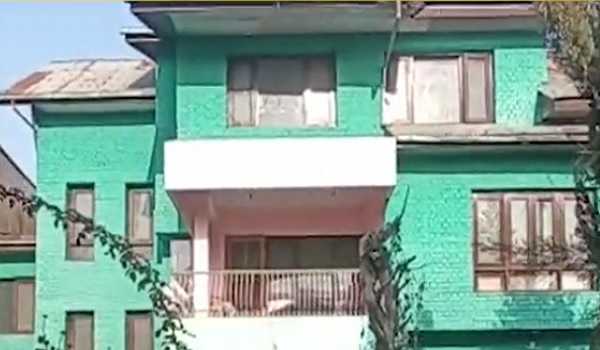 A house in the name of deceased Hurriyat leader Syed Ali Geelani has also been seized. Geelani died in September, 2021.

Geelani’s house in the Barzulla area of Srinagar was seized days after District Magistrate (DM) Srinagar ordered the sealing of three properties of Jamaat including a house recorded in the name of Syed Ali Geelani.

Officials said the Barzulla house was Jamaat’s property and was registered in Geelani’s name.

In the ongoing crackdown against the Jamaat, SIA has seized several properties of the group. SIA says it has identified as many as 188 properties of Jamaat and many of them have been seized and others were in the process of being sealed.

A statement issued on Saturday said SIA has unearthed assets of banned Jamaat throughout J&K.

On December 24, properties worth Rs 122.89 crore were notified by concerned DMs on the recommendation of SIA J&K, which have been barred with restrictions on usage and entry.

“To choke the availability of funds for secessionist activities and to dismantle the ecosystem of anti-national elements & terror networks hostile to India’s sovereignty, following properties belonging/held by banned JeI J&K at above-mentioned districts have been notified by concerned District Magistrates in exercise of the powers conferred by section 8 of the Unlawful Activities (Prevention) Act, 1967 and notification of Union Ministry of Home Affairs,” said the spokesman.

He said these premises/structures have been barred and entry and usage have been prohibited. Besides ‘Red entry’ to this effect has been made in the relevant revenue records.

During the seizure proceedings, it was found that about a dozen business establishments in Kulgam including the shopping complex at Magam are currently running from these JeI properties on rent basis. After due diligence, it was decided that these would be allowed to continue so that private person who may not have any connections with JeI and are tenants paying rent to JeI, are not penalized and their livelihood not impaired.

Properties in Districts Kulgam, Pulwama, Budgam and Srinagar of JeI are the 4th set of properties to be notified in J&K.

“The action would uproot the menace of terror funding to a great extent in UT of J&K besides being a stepping stone in ensuring rule of law & a society without fear. Pertinently, SIA has identified as many as 188 JeI properties across the UT of J&K which have either been notified or are under the process of being notified for further legal action. These are as a result of investigation of case FIR number 17 of 2019 U/S 10, 11 & 13 of Police Station Batmaloo being investigated by SIA,” police said.