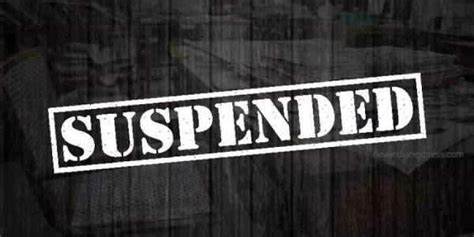 Senior IPS officer and former director general of Tihar Prisons Sandeep Goel has been suspended by the Union Home Ministry for alleged dereliction of duties, officials said here on Thursday.

Goel, a 1989-batch Indian Police Service (IPS) officer, was removed as the head of Delhi’s Tihar Prisons last month and attached to the Delhi Police headquarters.

He has been suspended by the home minister for “dereliction” of duties during his tenure as DG of Tihar, a ministry official said.