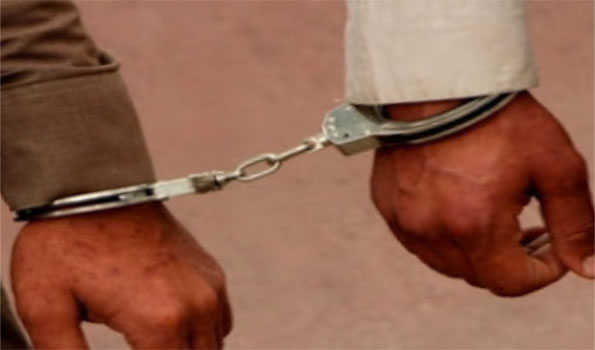 Srinagar : Jammu and Kashmir Police and Army arrested three ‘hybrid’ militants along with a huge consignment of arms and ammunition in outskirts of Srinagar on Sunday.

“Srinagar Police along with Army (2RR) arrested three hybrid terrorists along with a huge consignment of arms and ammunition including 3 AK rifles, 2 Pistols, 9 Magazines, 200 rounds and other incriminating materials from outskirts of Srinagar,” a police statement said and added further investigation into the case is going on.

Police said, during the preceding night on a specific input regarding presence of illegal arms/ammunition in the residential house of one Rafaqat Hussain Shah son of Syed Akbar Shah resident of Panjtaran Karnah area of Kupwara, a joint cordon and search operation was launched by Police and Army (6-JAKRIF).

“During the search operation, a huge cache of arms and ammunition including 1 Pistol, 2 Pistol Magazines, 16 Pistol Rounds, 2 Hand Grenades, 2 Detonators and other incriminating materials were recovered from the said house”, police said.

A case under relevant sections of law has been registered and further investigation is in progress.