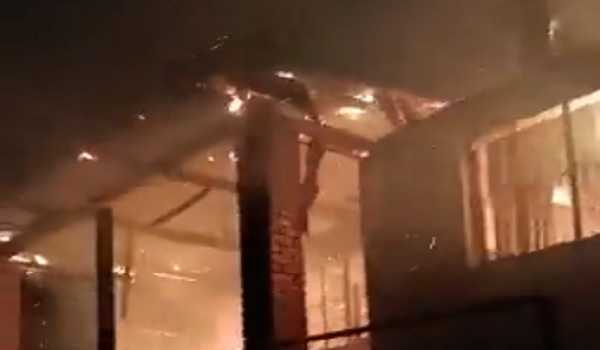 He said a fire broke out in the school building comprising three rooms at Turkanaadi Turkpora village at 5:50 am damaging the structure besides furniture and office records in the incident.

Reportedly the fire fighting engines could not reach the spot as the distance from the district headquarters to the Turkpora village was far away.

The cause of the fire is being ascertained, he added.