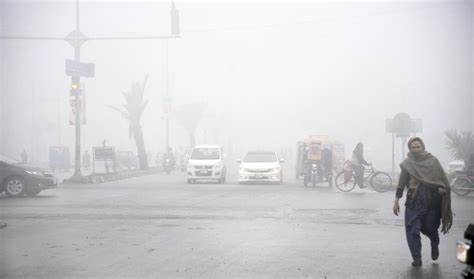 A thick blanket of fog on Monday morning reduced visibility at several places in Haryana and Punjab, where minimum temperatures also hovered below normal limits.
According to a meteorological department official here, thick fog was reported from Hisar, Karnal, Rohtak, Bhiwani, Hisar among other places in Haryana.

In Punjab, fog reduced visibility in the morning at Amritsar, Ludhiana, Patiala, Halwara, Adampur, Bathinda and Faridkot among other places.

According to the Met department’s weather report, Bathinda was the coldest place in Punjab recording a minimum temperature of 2.6 degrees Celsius.

The common capital of the two states, Chandigarh, recorded a low of 7.3 degrees Celsius.

In Haryana, cold weather conditions prevailed in Hisar, which recorded a low of 3 degrees Celsius while Jhajjar’s low settled at 3.9 degrees Celsius.