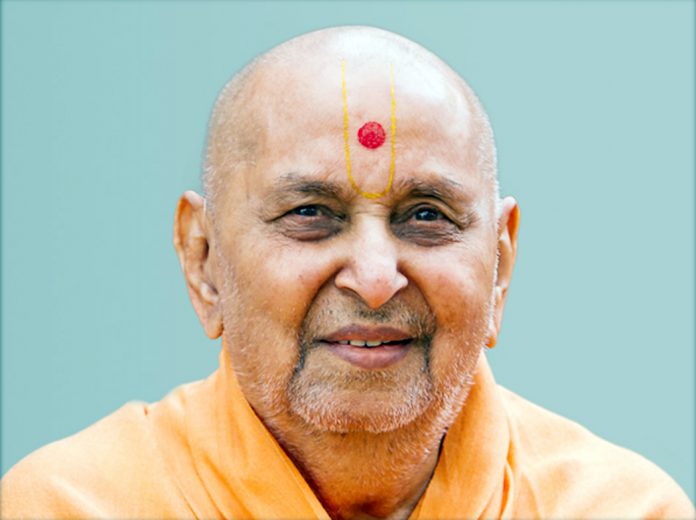 Pramukh Swami Maharaj – the great saint dedicated his entire life for his cause had worked tirelessly to nurture BAPS Swaminarayan Sanstha by serving others without any expectations. He had no desire for credit or recognition because in his heart was the feeling of servitude. The centenary festival of Brahmaswarup Pramukh Swami Maharaj, who had lived his entire life by his words will be celebrated from December 15, 2022 to January 15, 2023 in Ahmedabad. Lakhs of followers of the Bochasanwasi Akshar Purushottam Swaminarayan Sanstha (BAPS) from different countries are expected to attend the month-long ‘Pramukh Swami Maharaj Shatabdi Mahotsav’ or ‘Pramukh Swami Maharaj Centenary Festival’-the grand finale of the cen- tenary events that is being hosted on a 600-acre site called ‘Pramukh Swami Nagar’ along the Sardar Patel Ring Road near Ognaj Circle on the outskirts of Ahmedabad. The BAPS is a spiritual, volunteer-driven organization dedicated to improving society through individual growth by fostering the Hindu ideals of faith, unity, and selfless service. Its worldwide network of 3,800 centers supports these character-building activi- ties.
Pramukh Swami Maharaj was the spiritual guru of the sect. He was born on December 7, 1921, became chief of the sect in 1950 and died on August 13, 2016. In child-
hood, the guru got the name Pramukh Swami, which means president saint. Maharaj means king. He was for- mally ordained a saint at 18, renouncing worldly pur- suits, and became president of the sect in 1950. He was made spiritual head of the sect in 1971, becoming the fifth man to hold the title. He was also the driving force behind month long BAPS festivals held across the United States, events that helped recruit new devotees.
People from all walks of life will visit and offer their heartfelt tributes to Pramukh Swami Maharaj and gain inspiration from the fascinating presentations, displays and programmes about his universal life, works and messages. The BAPS spiritual leader always gave enlightenment, guidance, and wisdom to the many entrusted to his care and administered abundantly to the spiritual and corporal needs of all.
His was the simple life of a celibate, ignoring fame and recognition. His greatness lay in his ability to relate to the common man. He understood the problems people face in their everyday lives and empathized with their pain. His success was not measured by the awards he received nor by the recognition he accumulated. Rather, it is measured by the number of lives he transformed.
A 30-feet high statue of Pramukh Swami Maharaj on a 15-feet high pedestal is encircled by 24 recesses, with depictions of his life and work, it said. Other key attrac- tions include a 67-feet high massive replica of New Delhi’s Swaminarayan Akshardham, an open-air theatre, children’s cultural land or BalNagri spread over 17 acres and a glow garden.
He was named as one of the 20 most influential peo- ple in the world by Guinness World Records in 2000.
Pramukh Swami Maharaj has also been recognized by the British Parliament, Canadian Parliament, and the United Nations for his work in promoting religious har- mony and giving back to local communities. He inspired religious activities in BAPS mandirs and satsang centers throughout the world in addition to the Swaminarayan Akshardhams in New Delhi and Gandhinagar.
Swami inspired millions with his powerful motto: In the good of others lies our own. There is no doubt that this legacy of his selfless service will continue to bene- fit humanity for a long time to come and the deeds of Pramukh Swami would set an example in the history of this time.
[email protected]