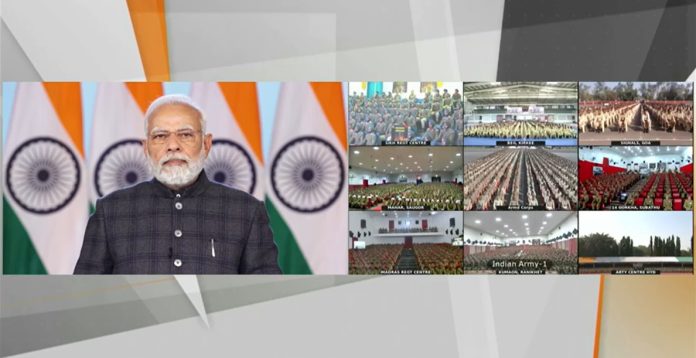 Prime Minister Narendra Modi on Monday interacted with Agniveers, who are among the initial teams of recruits under the short-term induction programme for the armed forces.

Under the Agnipath scheme, announced on June 14 last year, the three services are recruiting youths between the age bracket of 17-and-half years and 21 years for four years with a provision to retain 25 per cent of them for 15 more years.

Opposition parties have criticised the exercise but the government has said it will make the armed forces more youthful and cater to its current needs.