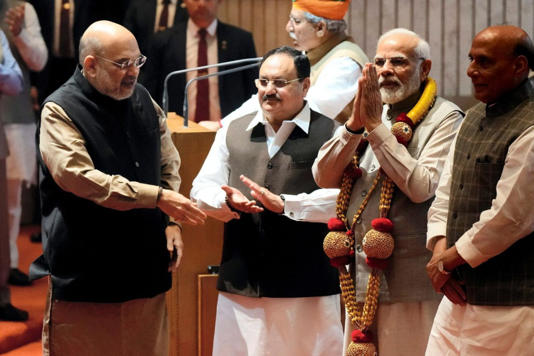 The jubilation in the BJP over its record-breaking win in the Gujarat polls echoed in its parliamentary party meeting on Wednesday as Prime Minister Narendra Modi was felicitated for the victory.

The prime minister, in turn, heaped praised on the state unit, especially its president C R Paatil and said the victory is owed to the BJP’s organisational strength, Union minister Pralhad Joshi told reporters after the meeting.

Party sources added that Modi said the Gujarat unit of the BJP is an example of how poll win is possible if the party organisation is strong.