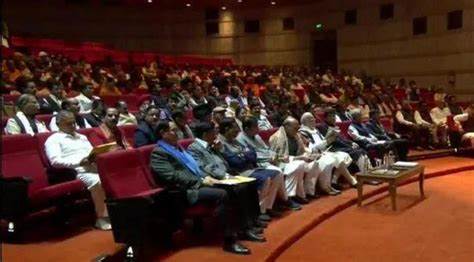 Good health associated with millets and sports took centre stage in Prime Minister Narendra Modi’s address at the BJP parliamentary party meeting here on Tuesday as he asked MPs to work to promote them.

Making millets, grown by most small farmers in the country, popular amounts to serving the country, Modi told BJP MPs, according to Union minister Pralhad Joshi who briefed reporters.

The prime minister noted that the UN has declared 2023 as the International Year of Millets on his government’s request as he called for making the bouquet of grains high on nutrition a popular choice of food for people.