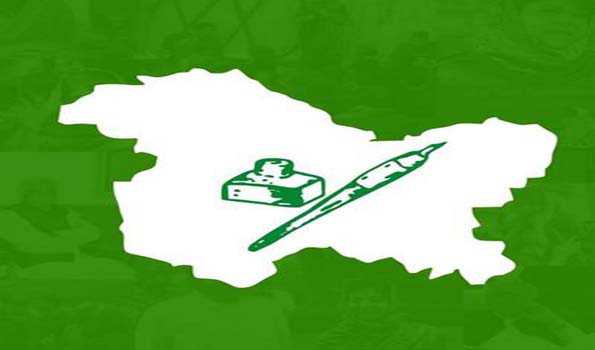 Srinagar : The Peoples Democratic Party (PDP) has withdrawn the nomination of its candidate for elections to the Drugmulla Constituency of the District Development Council Kupwara.

The State Election Commission(SEC) has recently ordered a re-poll in two DDC constituencies of Bandipora and Kupwara districts of Jammu and Kashmir after polling was declared void in these constituencies in the 2020 elections.

The re-poll would be held in Hajin-A and Drugmulla constituencies of Bandipora and Kupwara districts respectively. The re-poll will be held on December 5.

In a letter to the District Election Officer / District Magistrate Kupwara, PDP general secretary G N Lone Hanjura wrote that the authorities had postponed the polling in the said constituency owing to issues related to the eligibility of one of the contesting candidates and almost after 2 years have notified fresh dates for the polling to the said elections.

“I would like to bring to your notice that Mrs Shabnum Lone W/O Bilal Ahmad Lone, R/O Redbugh Kupwara is not associated with the JKPDP anymore hence the party hereby withdraws her authorization as the party candidate and use of its election symbol for the above mentioned election,” the letter reads.

“I request you to please take necessary action in this regard,” the letter reads.