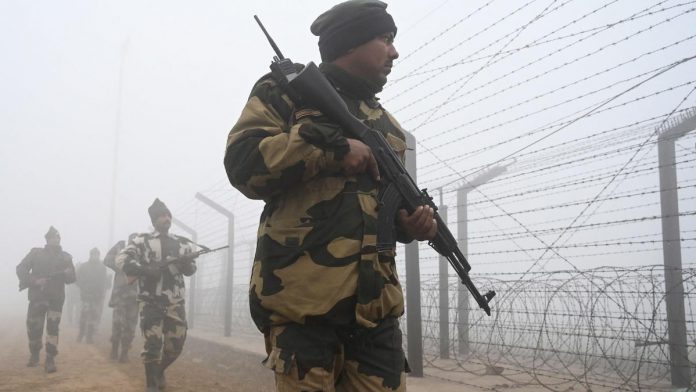 An armed Pakistani intruder was shot dead by the Border Security Force (BSF) in Gurdaspur sector along the India-Pakistan international border in Punjab on January 3 morning, officials said.
The infiltration bid was detected around 8 am and a fire arm has been recovered from the intruder.
“At about 0830 hours, BSF troops of border post Channa in Gurdaspur sector observed suspected movement of an armed Pak intruder ahead of the fence. The suspected intruder was challenged and neutralised by the troops,” a BSF spokesperson said.

This is the first in incident in 2023 where a Pakistani intruder has been killed at the border.
Last year, the BSF killed two infiltrators and apprehended 23 Pakistanis along the 553-km-long India-Pakistan international border that falls in Punjab.
On Monday, the force had recovered a drone, with about 1 kg of suspected heroin, that was shot by its troops in Kassowal area of the Gurdaspur sector on December 31.