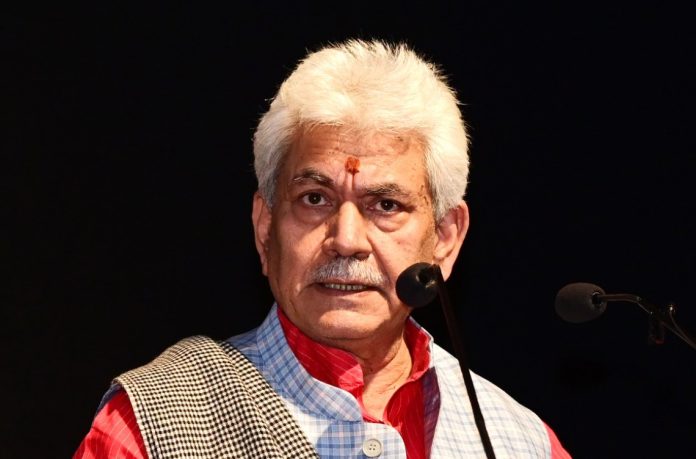 Srinagar : Jammu and Kashmir Lieutenant Governor Manoj Sinha on Thursday reiterated and made it clear again that the land encroachment eviction is for the influential people who have grabbed the government land and no poor and common people would be touched.

Lieutenant Governor Sinha while talking to media persons during his visit to the holy Zeashta Devi temple at Zeathyar, Srinagar where he paid obeisance today said that the land eviction drive is against the influential people who have used their good offices and grabbed government land.

He said that no poor and common people would be touched and the authorities are fully with them (poor) to safeguard their prosperities.

He said the drive was launched on the directions of the high court that those who have encroached on government land would be evicted.

“I said it earlier and want to make it clear that those influential people who have used their good office and have taken law in their hands grabbed the government land… except them no poor and common man would be touch”, he said and added “the authorities are fully with the poor people to safeguard their prosperities”.