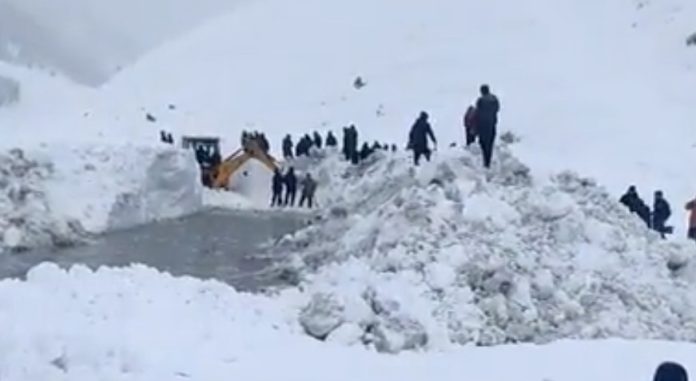 The body of a labourer buried under snow following an avalanche was recovered in Sarbal area of central Kashmir’s Ganderbal district on Thursday.

Report said that soon after an avalanche was reported in Sarbal area, men and machinery were activated to rule out any exigency. “After few hours of assessment, a body purportedly of a labourer, was found under the snow”, the official said.

Meanwhile, ADDC Ganderbal said that there may be at least one more casualty. “Yes another person is probably missing as suggested by mobile tracker system”, he said.

“We have intensified the rescue operation to keep the things under control”, he further said.

CMO Ganderbal Dr. Afroza said that medical teams have been kept on standby in the area in case there is need of any medical treatment to any injured person.

Earlier, two avalanches were reported in Hangh and Sarbal areas of Ganderbal today.