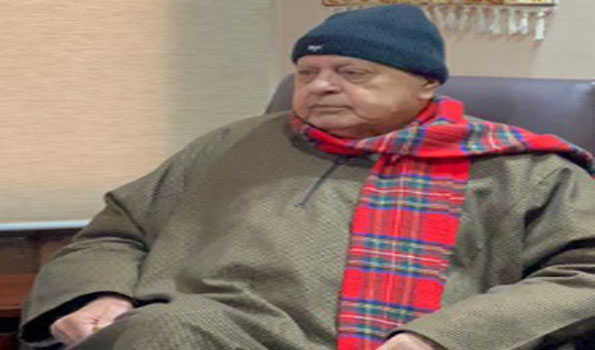 Srinagar :  Jammu and Kashmir National Conference (NC) President Dr. Farooq Abdullah on Friday said that his party will continue to shoulder the onerous responsibility of protecting the vital interests of the people of J&K.

Farooq said the birth of the NC was a significant landmark in the history of Jammu and Kashmir.

“We are the visible symbol of political unity of varied sections of J&K,” the former Chief Minister of Jammu and Kashmir who is also Member Parliament from Srinagar said while interacting with party functionaries at the party’s headquarters Nawa-e-Subha, in Srinagar on Friday.

He said, “National Conference has long been synonymous with the aspirations of the people of J&K and that it exhibits the cultural, linguistic and religious diversity of J&K.”

Farooq offered Friday congregational prayers at Asar-e-Sharief Dargah Hazratbal, Srinagar, where he prayed for increased prospects of peace and prosperity in Jammu and Kashmir, a party statement said.