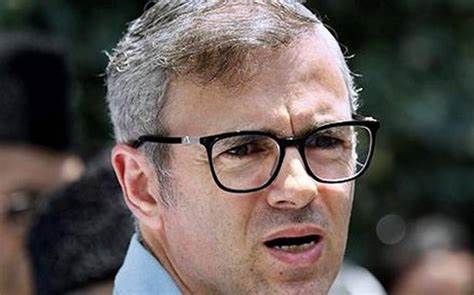 Abdullah’s remarks came amid tension on the border with China in Arunachal Pradesh and a verbal feud with Pakistan.

“This squabble has been going on. First, Pakistan attacked, then our External affairs Minister responded to that. These things go on. The NC has been saying that we want good relations with our neighbouring countries, be it India’s relations with China, or Pakistan, or Nepal, or Bangladesh, or Sri Lanka,” Abdullah told reporters in Anantnag.

“We will get justice,” Abdullah said, when asked about Chief Justice of India D Y Chandrachud’s remarks that the Supreme Court would consider a plea for early listing of petitions challenging the Centre’s decision to abrogate Article 370, which had given special status to Jammu and Kashmir.

“We hope that the case is listed sooner and hearings take place. I am of the belief that our case is strong and God willing, we will get justice for the people of J&K from the court,” the NC vice president said.

The former J&K chief minister said his party has been saying right from the first day that whatever happened on August 5, 2019 was wrong.

“That was a deception with J&K. The promises made with us had no time limits. Nowhere was it written that it was for 10 years or 20 or 30. It is clearly mentioned there that till J&K is a part of India, J&K will have this special provision. But they snatched it from us illegally, unconstitutionally. We are fighting for its restoration,” he said.

Abdullah said the government gets “rattled” whenever the NC starts public interactions, and withdraws the security of the NC leaders.

“The aim is to make us sit at home and not leave. But we have held the rope of God. He is the saviour. Life and death are not decided here. My father always tells me that such decisions have already been made. All this around us is an illusion. We believe in God,” he said.

“Let them take away our security, let them make us homeless, but we will not kneel before them. We will not leave our fight, our aim,” he added.

On the government’s latest order asking land-lease holders in Jammu and Kashmir to return the possession to the government, the NC leader said what is the need to take away land from the people and ask them to vacate.

“The law of natural justice is that you give lease holders the right to renew the lease. They should have the first right to refusal. Let the government decide the rates, and if they cannot deposit such amounts, or refuse to, then you give the land to others,” he said.

Abdullah said the land holders should have the first right because they took care of the land, made investments there and ran the properties for years.

“Let the LG do that, then I will have no complaints. But, the order to handover the land to the government, clearly shows that it is an attempt to take away land from the people here and hand that over to outsiders,” he said.