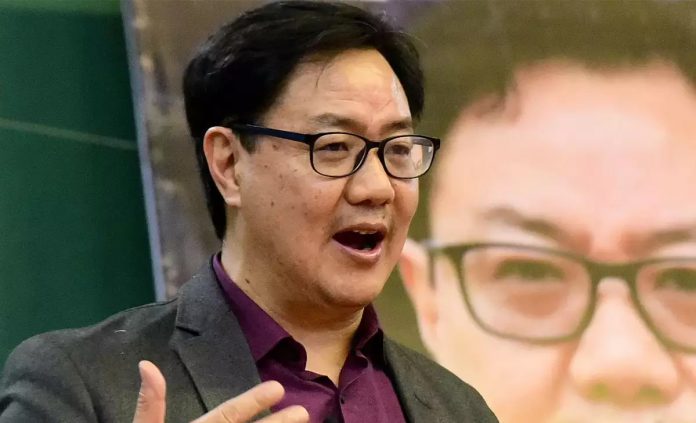 The Centre is giving full support to the judiciary in resolving the cases pending before courts, Union Law Minister Kiren Rijiju said here.
The Minister pointed out that more than five crore cases are pending before various courts across the country.

Rijiju was addressing the three-day 16th national conference of the “Bharatiya Adhivakta Parishad” at the Kurukshetra University campus here in Haryana on Monday.
He said the Government took steps to “equip” the courts well even during the COVID-19 pandemic so that the courts could function during the period.

Rijiju said several politicians and mediapersons continue to spread that there is some sort of tension between the Centre and the judiciary and many a times, newspapers claim that the Government is trying to “capture the authority of the judiciary”.
He said since Narendra Modi took over as the Prime Minister, the Constitution is considered a “pious book” when it comes to running the country.

“The people of the country have to judge who are the people who are trying to destroy this system,” the law minister said.
He said the judges must be “committed” to people and not to the government.
“For us, the judiciary must be committed to the country but for others, the judiciary must be committed to their (political) parties,” the Bharatiya Janata Party (BJP) leader added.