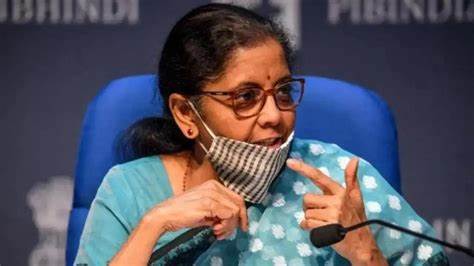 Scheduled commercial banks have written off loans amounting to Rs 10,09,511 crore in the last five financial years and the process of recovery of dues from the borrowers continues, Union Finance Minister Nirmala Sitharaman informed the Lok Sabha on Monday.

According to Reserve Bank of India (RBI) data, public sector banks have recovered Rs 4,80,111 crore, including Rs 1,03,045 crore from written-off loans, during the last five financial years, she said.

“As per inputs received from the RBI, scheduled commercial banks have written off an amount of Rs 10,09,511 crore during the last five financial years,” Sitharaman said during Question Hour.

The actions include filing of a suit in civil courts or in Debts Recovery Tribunals, action under the Securitisation and Reconstruction of Financial Assets and Enforcement of Security Interest Act, 2002, filing of cases in the National Company Law Tribunal under the Insolvency and Bankruptcy Code, 2016, through negotiated settlement and compromise and sale of NPAs.

“Therefore, write-off does not benefit the borrowers,” she said.

The minister said according to RBI guidelines and policy approved by banks’ boards, NPAs, including those in respect of which full provisioning had been made on completion of four years, were removed from the balance sheet of the bank concerned by way of write-off.

Banks evaluate and consider the impact of write-offs as part of their regular exercise to clean up their balance sheet, avail of tax benefit and optimise capital, in accordance with RBI guidelines and policy approved by their boards, she said.

Replying to a question, Sitharaman said the process of retrieving money of small depositors and investors from loan defaulters was very complicated as the legal process was lengthy and there were multiple claimants to the seized assets that included banks and other financial institutions.

The minister said she was aware of the depositors undergoing extreme difficulties and there was a need to look into the issue and how to simplify the process.

Earlier, Minister of State for Finance Bhagwat Kishanrao Karad said names of loan defaulters were not disclosed due to RBI guidelines but their names could be disclosed once their assets were put up for auction.