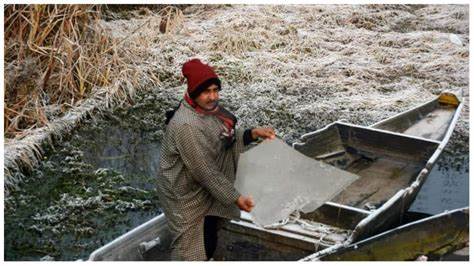 Kashmir’s harshest winter period, ‘Chilla-i-Kalan’, began on Wednesday with the mercury dropping several notches below the freezing point in many places including Pahalgam, which recorded the lowest night temperature at minus 6.2 degrees Celsius, according to officials.

Several places in Kashmir witnessed their coldest nights of the season so far. The fringes of many water bodies, including the Dal Lake here, froze as did water in taps, the officials said.

Srinagar recorded a minimum temperature of minus 4.2 degrees Celsius last night, they said.