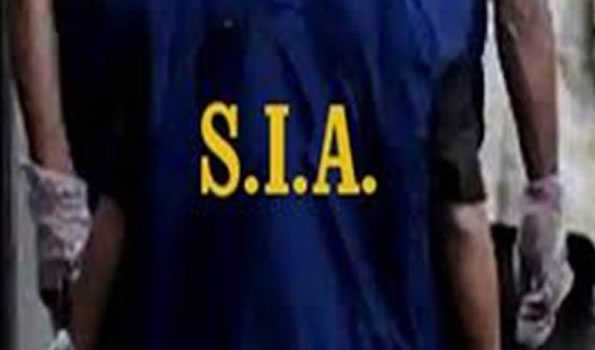 Jammu: The Anti-Terror Agency State Investigating Agency (SIA) Jammu on Friday has filed charged sheet against four terrorists of LeT outfit, who were involved in carrying out number of terrorist attacks across the Union Territory of Jammu and Kashmir.

As per handout issued here, the case was initially registered in Police Station Mahore of District Reasi, but later on transferred to SIA Jammu by the orders of Police Headquarters J&K.

The investigation has established that the Pak based terrorist Mohd Qasim and Zia-U-Rehman, who actually are the residents of Jammu and Kashmir and after joining terrorist ranks ex-filtrated to Pakistan and used drones for supplying of arms/ammunition and explosives in Jammu and Kashmir and same were collected by the accused Talib Hussain Shah and his associates, read the handout.

Investigation also proved that the accused persons are also involved in minority killings and are involved in creating fear psychosis among the general masses, it read and said, “Investigation had established that accused persons have been directed to carry out attacks on security forces/vital installations to meet the objective of secession of J&K from Union of India.”

The case has been time and necessary minutely supervised by Director SIA J&K from time directions were imparted to the Investigation Officers for its logical conclusion on merits, it read.

It further said that moreover, during the course of investigation few more names of persons involved with the accused persons came and investigation is still going on vis-à-vis their involvement and endeavors are being made to get more evidences to get some more evidences.