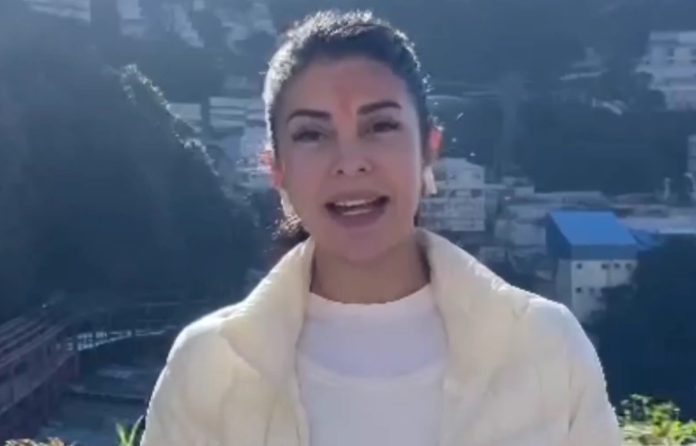 She reached Katra early this morning. After a short stay at Katra, she straightway went to the Bhawan on foot and paid obeisance at the holy shrine. Later on she returned to Katra in the evening.

Pertinent to mention that Jacqueline Fernandez is a Sri Lankan actress and model, who has been working in Indian films, predominantly in Hindi, besides appearing in reality shows and music videos. Debuting with Aladin in 2009 she has since then established a career in the Hindi film industry.

However, for the last one year, she has been subjected to an investigation into a money laundering case involving Rs 200 crore. Recently , Enforcement Directorate had rejected Fernandez’s request to downgrade the Lookout Circular which was issued against her in the case which blocks her to travel outside India.