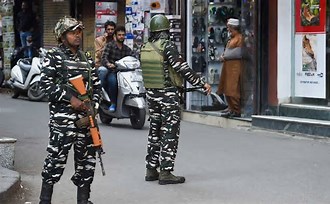 The Jammu and Kashmir Police has constituted a special investigating team (SIT) to probe the killing of two civilians in a firing incident outside an Army camp in Rajouri district, official sources said here.

The killings of two civilians and injuries to another on Friday lead to massive protests with people demanding a fair probe into the incident.

While the Army had said in a tweet that some “unidentified terrorists” had started firing at the camp, eyewitnesses claimed a sentry posted at the gate opened fire at approaching locals, resulting in the casualties.