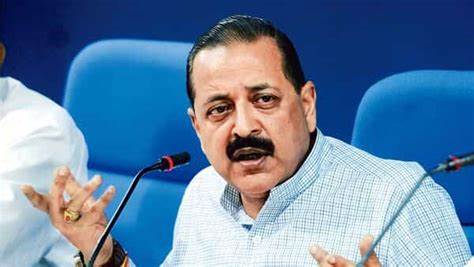 The government of the Union Territory of Ladakh has approached the Indian Institute of Remote Sensing (IIRS), a unit of the Indian Space Research Organisation (ISRO) for developing “Spatial Data Infrastructure geoportal ‘Geo-Ladakh’ for UT-Ladakh, said Union Minister of State for Science and Technology Jitendra Singh.

In a written reply to a question in the Lok Sabha, Singh said, the project encompasses spatial database generation (water resources, vegetation and energy potential) using remote sensing, geospatial techniques and the development of a Geo-portal for hosting this database.
According to the Department of Space, Singh said that the project also aims towards training of UT-Ladakh officials on Geospatial techniques and applications. Portal provides geospatial data visualization and analytics for UT-Ladakh, consisting of Spatial viewer, Carbon Neutrality, Geospatial utility mapping and Geo-Tourism.

He further said that a Memorandum of Understanding was also signed between IIRS (ISRO) and UT-Ladakh Administration on January 1, 2022, towards carrying out the above work.
“The potential of space technology could be used for generating the spatial database on time series snow cover, freshwater availability, sites for renewable energy potential (solar and wind), availability of alpine pastures/grazing lands for natural resource management and change assessment at a periodic interval,” he said.
Singh further said that presently, ISRO is setting up an optical telescope at Hanle for tracking spacecraft and space objects.