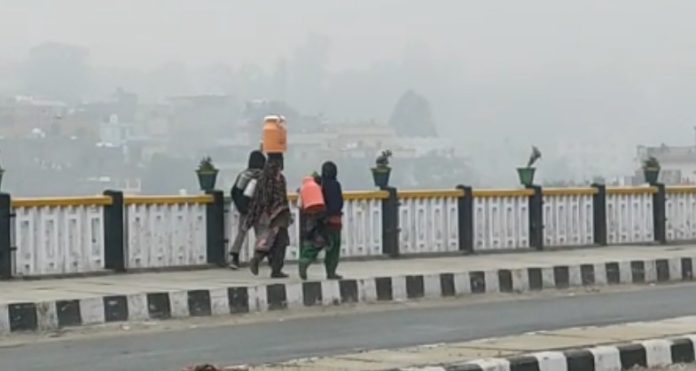 Amid cloud cover and possibility of isolated snowfall over upper reaches, there was slight respite from intense cold conditions in Kashmir Valley on Monday.

Meteorological department official said that Srinagar recorded a low of minus 3.5°C against the previous night’s minus 5.8°C that was the coldest recorded minimum temperature so far during this season. Today’s temperature was 1.5°C below normal for the summer capital, the official said.

Qazigund recorded a low of minus 4.2°C against minus 5.0°C on the previous night. The temperature was 2.2°C below normal as well as the season’s coldest for the gateway town of Kashmir, he said.

Pahalgam, he said, recorded a low of minus 5.7°C against minus 7.0°C on the previous night which was the coldest night this season in the famous tourist resort in south Kashmir’s Anantnag district. Today’s minimum temperature was below normal by 0.7°C, he said.

Kokernag recorded a low of minus 2.5°C against minus 2.2°C on the previous night, he said. It was 0.4°C below normal for the place, he said.

In Kupwara town, the mercury settled at minus 3.5°C against minus 6.0°C on the previous night which was the coldest temperature recorded so far this winter in the north Kashmir area, he said. The official said the low temperature was 0.9°C below normal.

Kashmir is under Chillai-Kalan, the 40-day long harsh winter period that started on December 21.

In Ladakh, Leh and Kargil recorded a low of minus 13.4°C and 10.2°C respectively, the official said.

The MeT expects intermittent light rains and snowfall from today.

“From December 26-30th, generally cloudy weather is expected with intermittent light snow at isolated to scattered places on higher reaches of North, Northwestern and central Kashmir during 29 (Night) -30th,” the MeT official said, adding, “Slight improvement in minimum temperature and respite from cold and dry weather is expected from 26th to 31st December.”