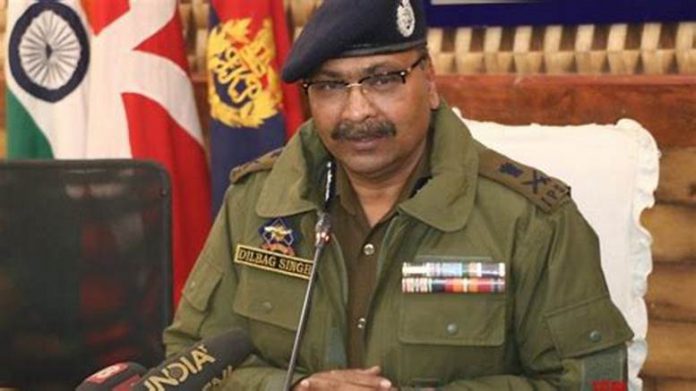 Director General of Police, Dilbag Singh said infiltration of militants to a large extent has been stopped and almost all cases of target killings in Kashmir have been solved.

Speaking to reporters in Pulwama, Singh said security arrangements along the borders are very effective. “To a large extent infiltration has been checked and some attempts were made but infiltrators were killed,” he said.

He added that some of the infiltrators managed to get in and they were killed in different gun battles. “Some of them are still at large and we have information about them and they will be neutralized soon,” he added.

Singh said that the Security Grid has been further strengthened for the winter so that the infiltration may not take place.

The DGP said that almost all cases of target killings have been solved and just one or two cases are pending in which involved persons have been identified and very soon pending cases will be closed.

He said target killings is the biggest conspiracy by Pakistan’s ISI and its offshoots and they are trying to vitiate this peaceful atmosphere and communal harmony in Kashmir.

“They want to create suspicion in the society as Kashmiri people want peace and brotherhood as it existed here,” he said.

The DGP also said a large number of cases have been registered against drug peddlers and more than 2000 persons have been arrested.

He said among them many were slapped with PSA and strict action against them is being taken so as to curb this menace.

Singh said that a new conspiracy has been started by Pakistan as earlier bullets were used to kill people and now it is the drugs. “Earlier people were killed with bullets but now people are being killed with drugs here as whosoever uses it once searches for it again and again,” he added.

“Attempts are being made to drop drugs through drones especially in Jammu region, however, every effort is being made to curb this menace,” the DGP said.

While speaking to reporters in Tral area of Pulwama, Singh said that he would like to congratulate the people and youth in particular for not opting the path of militancy and choosing peace and prosperity.

He said that Tral is almost militancy free now and has become an abode of peace. “Youth must continue this path as those who chose the wrong path never came back,” he advised.