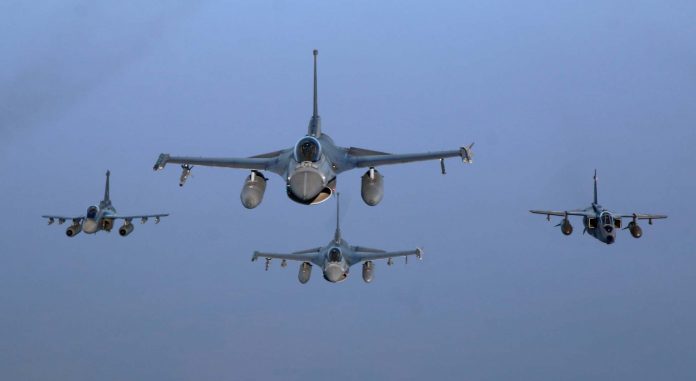 Fighter jets had to be scrambled “two-three times” in recent weeks to prevent violations by China over Arunachal Pradesh, sources confirmed.

The Air Force has detected enhanced Chinese air activity across the Line of Actual Control (LAC) in Arunachal.

Yesterday, it was revealed that Indian and Chinese troops briefly clashed at the LAC in Arunachal Pradesh last week before disengaging.

The face-off took place on December 9 at the Tawang Sector of Arunachal Pradesh. According to sources, Chinese troops crossed the LAC, which was contested by Indian soldiers in a “firm and resolute manner”.

There were “minor injuries to a few personnel from both sides” and the two sides “immediately disengaged from the area”, the sources said.

This is the first time in a long time that such clashes have been reported between Indian and Chinese troops since skirmishes at Eastern Ladakh.

The worst of these clashes broke out at Galwan Valley in June 2020, when 20 Indian soldiers died for the country and over 40 Chinese soldiers were killed or injured. The incident set off a series of confrontations between the two nations, including one at the South Bank of Pangong Lake.

After multiple meetings between military commanders, Indian and Chinese troops pulled back from key points including Gogra-Hot Springs in Ladakh.

According to government sources, such confrontations had been taking place since 2006 because of “differing perceptions” of the border.

“In certain areas along the LAC in the Tawang Sector in Arunachal Pradesh there are areas of differing perception, wherein both sides patrol the area upto their claim lines. This has been the trend since 2006. On 09 December 2022, Chinese troops contacted the LAC in Tawang Sector which was contested by own troops in a firm and resolute manner,” said the sources.

As a follow-up to the incident, the Indian commander held a flag meeting with his Chinese counterpart to comply with “structured mechanisms to restore peace and tranquility”, the government said.