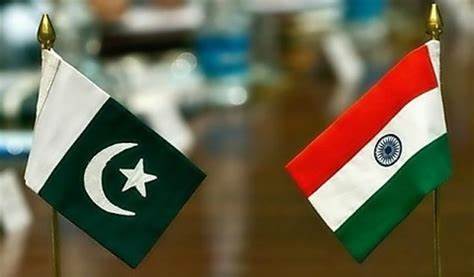 India strongly hit back at Pakistan on December 14 after it raised the Kashmir issue in the U.N. Security Council, asserting that a country that hosted slain al-Qaeda leader Osama bin Laden and attacked a neighbouring Parliament does not have the credentials to “sermonise” in the power U.N. organ.
External Affairs Minister S. Jaishankar said the credibility of the U.N. depends on its effective response to the key challenges of our times, be it pandemics, climate change, conflicts or terrorism.
“We are obviously focused today on the urgency of reforming multilateralism. We will naturally have our particular views, but there is a growing convergence at least that this cannot be delayed any further,” said Mr. Jaishankar, who is chairing India’s signature event on reformed multilateralism.
“While we search for the best solutions, what our discourse must never accept is the normalisation of such threats. The question of justifying what the world regards as unacceptable should not even arise. That certainly applies to state sponsorship of cross-border terrorism. Nor can hosting Osama bin Laden and attacking a neighbouring Parliament serve as credentials to sermonize before this Council,” he said.
Mr. Jaishankar arrived in United Nations on December 13 to preside over two signature events on counter-terrorism and reformed multilateralism being held under India’s current Presidency of the U.N. Security Council, before the curtains come down this month on the country’s two-year tenure as an elected member of the powerful 15-nation.

His strong remarks came after Pakistan Foreign Minister Bilawal Bhutto raised the Kashmir issue while speaking in the Council debate on reformed multilateralism.
The External Affairs Minister presided on December 14 over the U.N. Security Council Open Debate on ‘Maintenance of International Peace and Security: New Orientation for Reformed Multilateralism’, a signature event held under India’s Presidency of the 15-nation Council.
Among the over 60 speakers listed for the debate was Mr. Bhutto, who in his remarks to the Council, raised the Kashmir issue. India’s Permanent Representative to the U.N. Ambassador Ruchira Kamboj was chairing the debate when Mr. Bhutto spoke in the Council.
Later, as Mr. Jaishankar presided over the debate, he gave a strong response to Mr. Bhutto’s comments.
He referred to the mastermind behind the September 11 attacks in the U.S. bin Laden, who was living in Pakistan’s Abbottabad city and was killed in a raid at his hideout in May 2011 by U.S. Navy seals.
Terrorists of the Pakistan-based Lashkar-e-Taiba (LeT) and the Jaish-e-Mohammed (JeM) had attacked the Indian Parliament complex in New Delhi eighteen years ago on December 13, killing nine people.

Tensions between India and Pakistan have spiked since New Delhi abrogated Article 370 of the Constitution to revoke the special status of Jammu and Kashmir on August 5, 2019. India’s decision evoked strong reactions from Pakistan, which downgraded diplomatic ties and expelled the Indian envoy.
India has categorically told the international community that the scrapping of Article 370 was its internal matter. It also advised Pakistan to accept the reality and stop all anti-India propaganda.
India has told Pakistan that it desires normal neighbourly relations with Islamabad in an environment free of terror, hostility and violence.