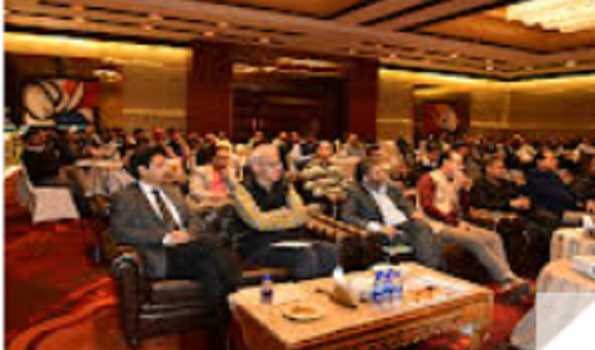 All the leading Industrialists of J&K attended the conclave along with outside investors and an investment of more than 1000 Crore was committed during the conclave, said a spokesman.

He added that the Industrialists of the UT of J&K and the outside investors appreciated the efforts of the Government to create a congenial environment for investment in J&K and said that such meetings encourage investors to set up their plants in UT.

They said that the things have drastically changed after the abrogation of Article 370 and now the investors feel safe to invest their hard-earned capital in J&K.

The Principal Secretary Industries along with senior officers of Industries and JPDCL took note of the issues raised by the Investors and committed to resolve all the issues.

It was informed that a DPR of more than 200 Crore rupees has been prepared to provide power infrastructure for Industries, said the spokesman.

The conclave was attended by the Senior Vice President, Bhilwara Group, Director, Indorama Group, Finance Head, Bikanerwala group, Owners, Haldiram Group among others who committed an investment of more than 1000 Crores in J&K.

The Chief Engineers of JKPDD, GMs of DIC, Presidents of various Industries Associations, leading Industrialists among other senior officers of JPDCL and Industries attended the conclave.