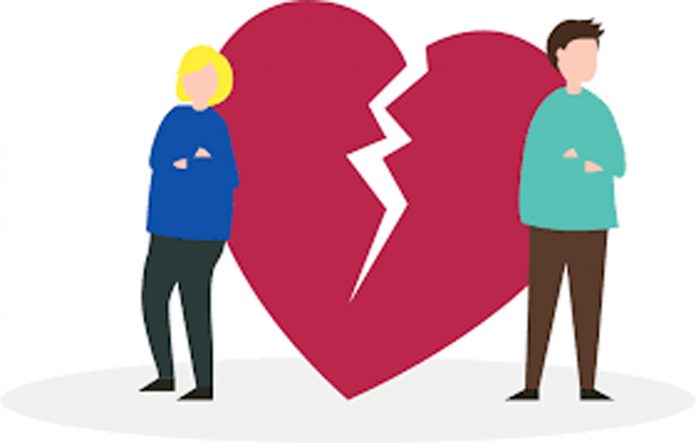 Divorce , today, has gone to an average home which is generally the last line of defence for any society like ours. It is rightly pointed out that “The impact of divorce on children can be deep and life long”. Marriage is now no longer a sacred word and divorces no longer a dirty one. Marriages are changing because women are changing-both in the metropolis and in the smaller towns.
A significantly growing number of Indians are flooding the divorce courts to escape from unhappy marriages and assert their newfound independence. The number of broken fam- ilies has increased after became easy. Society has treated divorce as taboo for long. There are a thousand reasons for a marriage to break. But there is one more reason for a com- promise. Marriages survive on account of moral fear.
Change in attitudes towards divorce is a part of the process of secularization in Indian society. Secularization refers to the declining influence of religion. Divorce is not a happy option for couples.
Marriage is considered to be an unbreakable union of life according to Hindu scriptures, regardless of its success or failure. Divorce means the termination of marital rela- tions. It means dissolution of the marital bond. Technically speaking, divorce means a decree of dissolution of mar-
riage. Divorce is a process through which marital bond ceases to be in existence as per law and the couple can no longer be called the husband or the wife. Hindu marriage is regarded as sacred because it is a bond of indissoluble nature. In any society when the married persons feel that they cannot live together, they have no other alternative but to dissolve the marriage. Divorce is the final dissolution of marriage. As far as Hindus are concerned, the bond of mat- rimony was regarded as permanent bond and dissolution of marriage was generally not regarded as proper. When cou- ples divorce, the greatest causality is not the relationship but the children. It also shows that marriage is no longer a sacred word and divorce no longer a dirty one. A marriage is a union of two families, not just two individuals. There have been steady rises in divorce rates in India throughout recent decades. The causes of marital breakdown in the form of divorce or separation in India are different from that of the Western countries. However, many factors are associated with the rise in divorce rate in India. The chang- ing attitudes towards divorce have been institutionalized by various changes in laws which have made room for divorce. Divorce legislations were influenced by the notion of suffering and unhappiness of the adults trapped in the so called ’empty- shell’ marriages, where the spouses live together but their marriages exist in name only. These leg- islations provided grounds for divorce and made divorce considerably easier.
According to the World Press review finding (1987), divorces are on the increase to such an extent that all major cities of India have had to create ‘reconciliation bureaus” to help estranged couples. For better or for worse, divorce has become the way out. The pati-parmeshwar has rudely and gradually been brought down to earth. Moreover, most chil- dren of divorced parents lead a volleyball existence that is thrown from one side to the other without a safety net for their emotions. In many cases, men seeking divorce are prepared to return whatever they have received as dowry.
The question is how to bring an end to this practice? Will divorces continue for ever? If so, a day will come when our society as we see it today will cease to exit.
[email protected]