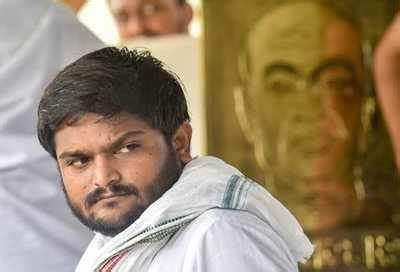 With the Bharatiya Janata Party taking a clear lead in the vote counting underway today for the Gujarat Assembly polls, BJP’s Viramgam candidate and Patidar leader, Hardik Patel, attributed the party’s success to work done so far.
He also highlighted the 2019 revocation of ‘Article 370’ from Jammu and Kashmir. “It’s a win of BJP’s work, the removal of ‘Article 370’,” said Patel, who had left Congress months ahead of the state polls and joined the BJP.

The Modi government had on August 5, 2019, scrapped the controversial ‘Article 370’ which provided special status to the state of Jammu and Kashmir.
“We’ll focus on the work to be done in the next 20 years. There was no competition with the Aam Aadmi Party (AAP). Viramgam ‘made’ Hardik Patel win for the further development of the constituency,” said Patel while hoping for his clear win from the seat.

Patel, who switched from Congress to the BJP this June, contested against Congress’ Lakha Bharwad and Aam Aadmi Party’s (AAP) Amarsinh Thakore. The Patidar quota stir leader contested the polls from his hometown, Viramgam – one of the 182 assembly constituencies of Gujarat.