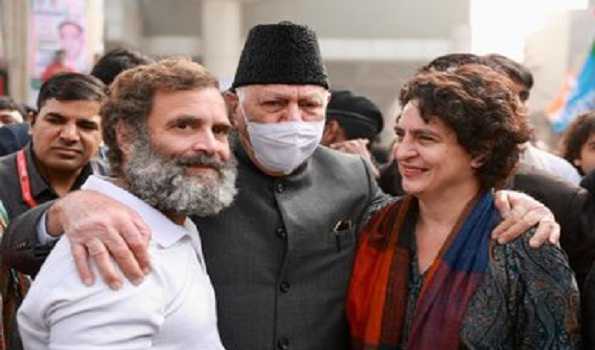 Farooq Joined the second leg of the Yatra which resumed on Tuesday Led by Congress MP Rahul Gandhi near Ghaziabad.

Farooq appreciated the Congress MP for promoting the cause of national integrity and strengthening democratic values through the Yatra. “The yarta celebrates the country’s incredible diversity, pluralism and democratic values which were bequeathed to us by the founding fathers of our nation”.

“The yatra has brought forth the real issues concerning the people and blunted the weapons of communalism by sharpening the message of unity in diversity. I pass on my best wishes to Rahul Ji and his associates who are on the march to spread awareness among fellow countrymen on issues that should concern us all,” Farooq said in a statement.