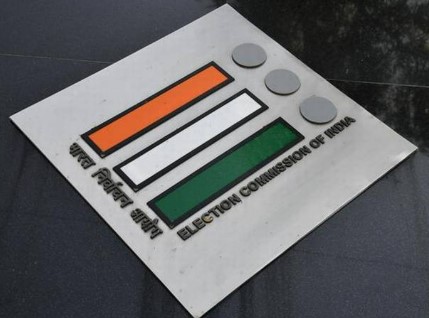 In a major move to increase voter participation, the Election Commission on Thursday said it has developed a prototype of a remote electronic voting machine (RVM) for domestic migrant voters and has invited political parties for a demonstration on January 16.

If implemented after stakeholder consultations, migrant voters do not need to travel to their home district to exercise their franchise.

Based on feedback from various stakeholders and the demonstration of the prototype, the Election Commission (EC) will appropriately carry forward the process of implementing remote voting, according to a statement.

The poll panel has also floated a concept note on remote voting and sought the views of political parties on the legal, administrative and technical challenges in implementing it.

The multi-constituency remote EVM, developed by a public sector undertaking, can handle up to 72 constituencies from a single remote polling booth, the statement issued by the poll watchdog said.

With the objective of finding a technological solution that is credible, accessible and acceptable to all stakeholders, the commission headed by CEC Kumar along with election commissioners Anup Chandra Pandey and Arun Goel “has now explored the option of using a modified version of the time-tested model of M3 (Mark 3) EVMs to enable voting at remote polling stations — polling stations outside home constituency, for domestic migrants,” the statement said.

The initiative, if implemented, can lead to a “social transformation” for migrants, it said.

“Many a times migrants are reluctant to get themselves enrolled at their place of work for various reasons such as frequently changing residences, not enough social and emotional connect with the issues of area of migration, unwillingness to get their name deleted in an electoral roll of their home or native constituencies as they have permanent residence or property,” the poll panel said.

Elaborating on the concept note, the EC said it has invited all eight recognised national and 57 state political parties on January 16 to demonstrate the functioning of the multi-constituency prototype RVM. Members of the commission’s Technical Expert Committee will also be present.

The commission has also solicited written views of recognised political parties by January 31 on various related issues, including changes required in legislation, changes in administrative procedures and voting method for domestic migrants.

The concept note also highlights the challenges of defining domestic migrants, enumerating remote voters and implementation of the Model Code of Conduct at remote polling booths in other states.

Ensuring secrecy of voting, facility of polling agents for identification of voters and process and method of remote voting and counting of votes, are among the other issues identified by the note.

The Representation of the People Act, 1950 and 1951, The Conduct of Election Rules, 1961, and The Registration of Electors Rules, 1960, will need to be amended to introduce remote voting, the statement said.

While the laws can only be changed by Parliament, the related rules in this case can be tweaked at the level of the Law Ministry. The number of booths to be set up and their locations also needs to be settled.

The method of remote voting, familiarity of voters with the methods and the RVM technology, counting of votes cast at remote booths and their transmission to the returning officer located in other state or states also requires deliberations.

“Migration-based disenfranchisement”, the EC said, is not an option in the age of technological advancement. The voter turnout in the 2019 Lok Sabha elections was 67.4 per cent and the EC was concerned over the issue of over 30 crore electors not exercising their franchise and also differential voter turnout in various states and union territories, it said. “It is understood that there are multifarious reasons for a voter not opting to register in a new place of residence, thus missing out on exercising the right to vote. Inability to vote due to internal migration (domestic migrants) is one of the prominent reasons to be addressed to improve voter turnout and ensure participative elections,” the EC said.

Though there is no central database available for migration within the country, the analysis of available data in the public domain points to work, marriage and education-related migration as important components of domestic migration.

“Out-migration” is predominant among the rural population in overall domestic migration and around 85 per cent of the internal migration is within states, the commission noted.

Soon after assuming office as CEC, Kumar’s learning of domestic migration issues first hand from his trek to Dumak village in Uttarakhand’s Chamoli district focused his attention on enabling the migrant voters to exercise their franchise from their current place of residence, the statement said.