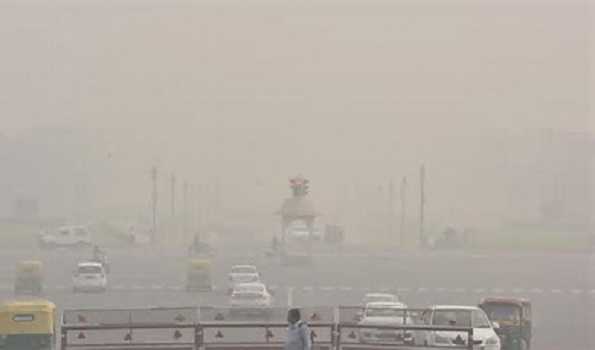 The air quality in the national capital plunged into the severe category for the third consecutive day on Wednesday morning.

According to the SAFAR monitoring system, the overall Air Quality Index was recorded at 421 at 7 am.

The pollution level in NCR is also worse than the National Capital. The AQI in Noida stood at 458, whereas in Gurugram, the index recorded at 529.

In the wake of worsening air pollution, the Delhi government has imposed a temporary ban on plying of BS-III petrol and BS-IV diesel four-wheelers in the national capital till January 12.

According to the India Meteorological Department (IMD) the minimum temperature in Delhi settled at 5.9 degrees celsius, two degrees below the normal.

“The Maximum temperature is likely to hover around 19 degree celsius” IMD said.

The weather agent also predicted a dense fog condition for all areas in the city as well as a partly cloudy sky on Wednesday.

A dense cover of fog has reduced the visibility to just 50 metres in Delhi, disrupting movement of vehicles and trains.

The Palam observatory near the Indira Gandhi International Airport recorded a visibility level of 50 metres.

Twenty six trains were delayed by an hour due to the foggy weather, as per Railways spokesperson.