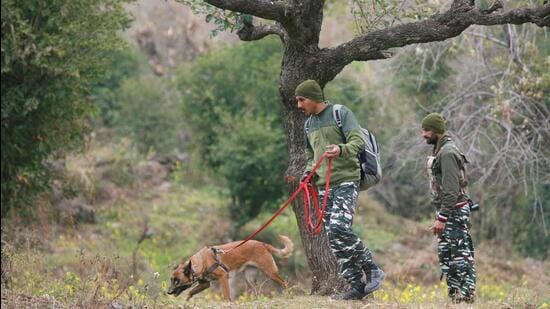 The Central Reserve Police Force (CRPF) will provide arms training to village defence guards or VDGs in Jammu and Kashmir to counter any terror attack in their areas, officers familiar with the matter said on Monday.
The administration in the Union territory last week started reissuing weapons to the VDGs, earlier known as VDCs (village defence committees) after a twin terror attack in Dhangri in Rajouri district killed seven people.

The VDGs comprise local village volunteers. They were first active in the 1990s in several districts and played a significant role in self defence, assisting forces in counter-terrorism operations and maintaining vigil in respective border villages. They remained inactive for several years thereafter.

“The final contours of the training schedule, variety of arms to be included and number of participants will be decided in due course of time but the CRPF has been appointed as the force which will train the VDCs so that they can act as the first line of defence,” a senior officer, who did not wish to be named, said.

The volunteers will be trained in basic physical combat exercise, if required, the officer added.

A high-level panel of security and administration officials last week decided to deploy 18 fresh companies of the CRPF, comprising about 1,800 personnel, in Rajouri and Poonch districts for strengthening the security grid, the officer cited above said.

The force, the officer added, may also be asked to render a variety of internal security duties in Jammu region, keeping in mind the emerging terror challenges and the much-anticipated elections in Jammu and Kashmir, after it was bifurcated into Union territories following the abrogation of Article 370 in August 2019.

The J&K administration has asked the VDGs to remain vigilant in view of the upcoming Republic Day celebrations, amid fears that terrorists may disrupt the peaceful atmosphere in the Jammu region, officials said.

VDGs have also been activated along the India-Pakistan International Border (IB) in Jammu, Samba and Kathua districts, they added.

A second CRPF officer said the force played a key role in fighting terrorism in Kashmir in 2022. It was instrumental in neutralising 135 terrorists in the Valley last year, the officer said on condition of anonymity.