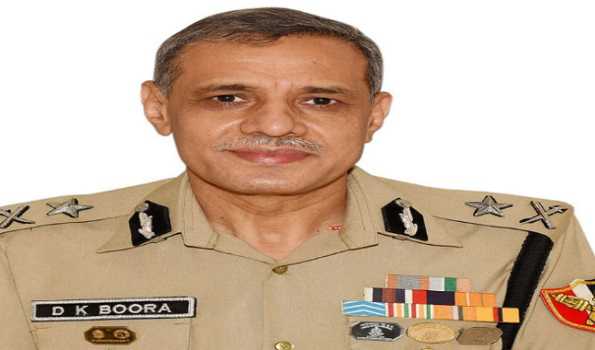 Inspector General, BSF, Jammu Frontier, D K Boora on Tuesday said that the force is committed to safeguard borders and defeat evil designs of the enemy.

Lauding Jammu Frontier for successfully foiling an infiltration bid this morning, the IG BSF said, “action of alert troops is appreciable and BSF is committed to safeguard the borders.”

“We will defeat the evil designs of enemy to commit terrorist activities in our country,” he added.

Earlier, the BSF spokesman said that alert BSF troops neutralized one Pakistani intruder and foiled an infiltration bid from across the border.

“At about 0215 hours, troops observed suspicious movement of an intruder near International Border in R S Pura area,” he said.

The spokesman said that the intruder crossed over to Indian side from IB and started moving towards the fence.

“The troops warned the intruder many times not to move forward but he didn’t pay any heed and kept aggressively moving toward the fence. On this alert, BSF troops fired and neutralized him and thwarted the infiltration attempt,” he maintained.

In another incident of similar nature, the spokesman said that intruder was nabbed near International Border in Indreshwar Nagar area when he tried to cross IB and came near to border fence. “He was challenged and was nabbed while further questioning is in process,” he said.